Directions: There are 4 reading passages in this part. Each passage is followed by some questions or unfinished statements. For each of them there are four choices marked A., B., C. and D. You should decide on the best choice and mark the corresponding letter on the Answer Sheet with a single line through the center.

Questions 1 to 5 are based on the following passage:

If the salinity of ocean water is analyzed, it is found to vary only slightly from place to place. Nevertheless, some of these small changes are important. There are three basic processes that cause a change in oceanic salinity. One of these is the subtraction of water from the ocean by means of evaporation—conversion of liquid water to water vapor. In this manner, the salinity is increased, since the salts stay behind. If this is carried to the extreme, of course, white crystals of salt would be left behind; this, by the way, is how much of the table salt we use is actually obtained.

The opposite of evaporation is precipitation, such as rain, by which water is added to the ocean. Here the ocean is being diluted so that the salinity is decreased. This may occur in areas of high rainfall or in coastal regions where rivers flow into the ocean. Thus salinity may be increased by the subtraction of water by evaporation, or decreased by the addition of fresh water by precipitation or runoff.

A third process by which salinity may be altered is associated with the formation and melting of sea ice. When seawater is frozen, the dissolved materials are left behind. In this manner, seawater directly beneath freshly formed sea ice has a higher salinity than it did before the ice appeared. Of course, when this ice melts, it well tend to decrease the salinity of the surrounding water.

In the Weddell Sea, off Antarctica, the densest water in the oceans is formed as a result of this freezing process, which increases the salinity of cold water. This heavy water sinks and is found in the deeper portions of oceans of the world.

1.What is the main topic of the passage?

A. Where do we get our table salt?

B. Oceanic salinity in tropical regions

D. Variations of salinity in different parts of the ocean

2. According to the author, the oceanic salinity is usually lower in _____.

C. places in which warm currents and cold currents meet

3. All of the following are processes that decrease ocean salinity except _____.

4. What does the word “subtraction" in the fourth line of the first paragraph mean?

5. Which of the following is NOT a result of the formation of ice in oceans?

A. The surrounding water sinks.

B. The water becomes denser.

6. The facts he supplied were not relevant _____the case in question.

7. A committee has been _____ by the counsel to look into the causes of unemployment.

8. Few articles in the newspapers _____more attention than that reporting the murder case with O.J. Simpson involved.

A. gives birth to

B. has given birth to

C. has been giving birth to

A. it has the name Riverside

B. given the name Riverside

C. has got the name Riverside 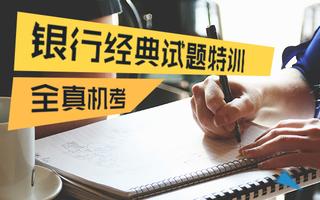 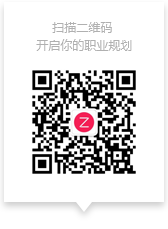