Questions 62 to 66 are based on the following passage.

Language is, and should be, a living thing, constantly enrichedwith new words and forms of expression. But there is a vital distinctionbetween good developments, which add to the language, enabling us to say thingswe could not say before, and bad developments, which subtract from the languageby rendering it less precise. A vivacious, colorful use of words is not to beconfused with mere slovenliness. The kind of slovenliness in which someprofessionals deliberately indulge is perhaps akin to the cult(迷信)of the unfinished work, whichhas eroded most of the arts in our time. And the true answer to it is the samethat art is enhanced, not hindered, by discipline. You cannot carvesatisfactorily in butter.The corruption of written English has been accompanied by an evensharper decline in the standard of spoken English. We speak very much less wellthan was common among educated Englishmen a generation or two ago.

The modern theatre has played a baneful (有害的)part in dimming ourappreciation of language. Instead of the immensely articulate dialogue of, forexample, Shaw (who was also very insistent on good pronunciation), audiencesare now subjected to streams of barely literate trivia, often designed, onlytoo well, to exhibit 'lack of communication', and larded(夹杂)with the obscenities(下流的话)and grammaticalerrors of the intellectually impoverished. Emily Post once advised her readers:"The theatre is the best possible place to hear correctly-enunciatedspeech. " Alas, no more. One young actress was recently reported to betaking lessons in how to speak badly, so that she should fit in better.

But the BBC is the worst traitor. After years of very successfullyhelping to raise the general standard of spoken English, it suddenly went intoreverse. As the head of the Pronunciation Unit coyly(含蓄地)put it, "In the 1960s the BBCopened the field to a much wider range of speakers." To hear a BBC discjockey talking to the latest ape-like pop idol is a truly shocking experienceof verbal squalor. And the prospect seems to be of even worse to come. Schoolteachers are actively encouraged to ignore little Johnny's incoherent grammar,atrocious spelling and haphazard punctuation, because worrying about suchthings might inhibit his creative genius.

62. The writer relates linguistic slovenliness to tendencies inthe arts today in that they both __________.

A) occasionally aim at a certain fluidity

B) appear to shun perfection

C) from time to time show regard for the finishing touch

B) an unfinished work is bound to be comparatively inferior

C) the skill of certain artists conceals their slovenliness

D) artistic expression is inhibited by too many rules

A) is incoherent and linguistically objectionable

B) is far too ungrammatical for most people to follow

A) is the worst among all broadcasting networks

B) has raised English-speaking up to a new level

D) is terrible because of a few popular disc jockeys

66. Teachers are likely to overlook the linguistic lapses in theirpupils since __________.

B) they fear the children may become less coherent

D) the children may be discouraged from expressing their ideas 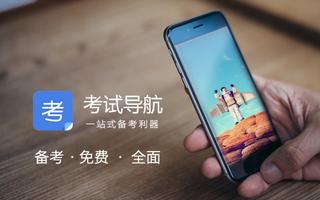